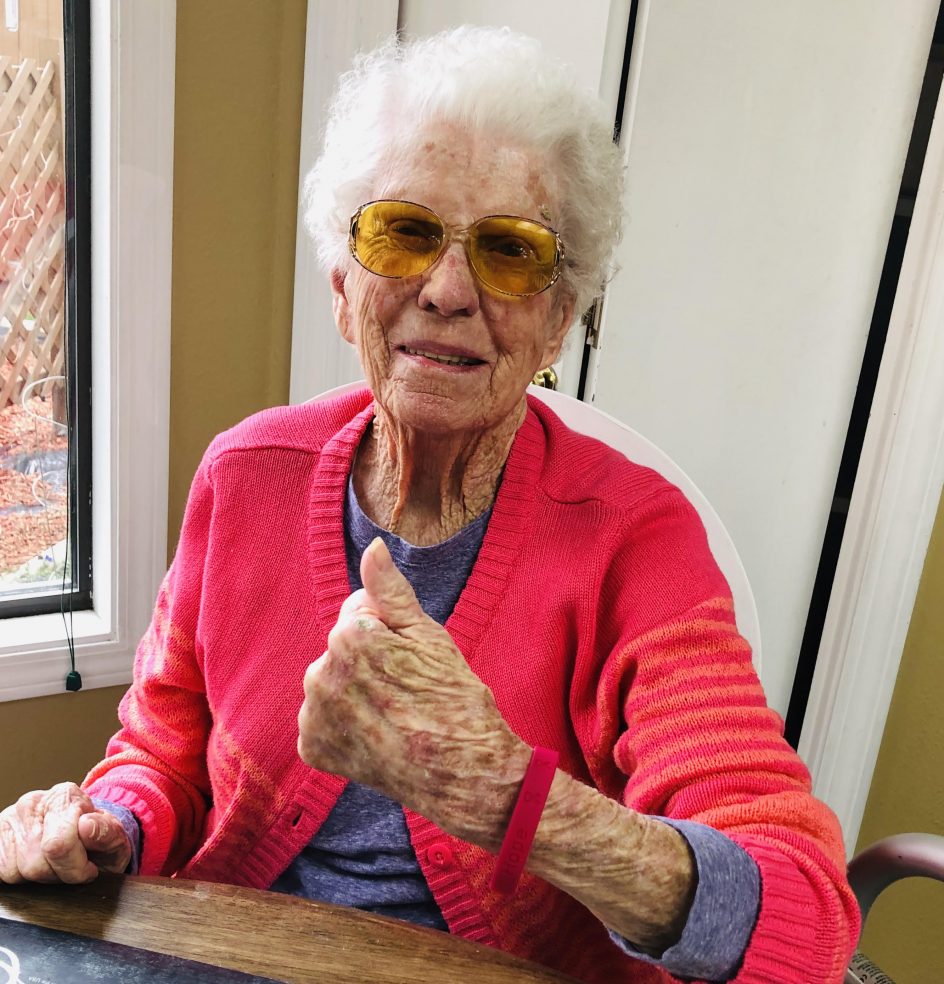 What have I learned (Part 8, Bravery)

As I reflected on some of Rosemary’s attributes, I pondered over the word bravery.  Was my mom brave?  I guess I never thought of her that way, but my answer is YES.

She was one of the bravest people I know.

Rosemary was a child of immigrants from Ireland, first generation American.

As a child, she overcame polio and was invited to the first March of Dimes picnic in Cleveland.

As a young adult, she watched her friends leave for war.  Some to NEVER return, some to RETURN, but NEVER the same.

She answered a wrong number and met my dad.

She held a scorpion because her grandson asked her to.

She overcame a triple bypass.

She kissed her husband goodbye as he died in their home from cancer.

She lost 3 babies to miscarriages and had said final goodbyes to all but 2 members of her St. Patrick’s Class in Cleveland.

She was almost without peers.

She said YES to a gift of a passenger bike for her 92nd birthday.

At the end, she knew she was dying.  We didn’t really talk about it but there was a bravery about her and an excitement about going to heaven.

I was blessed to hold her hand as she BRAVELY took her last earthly breath.