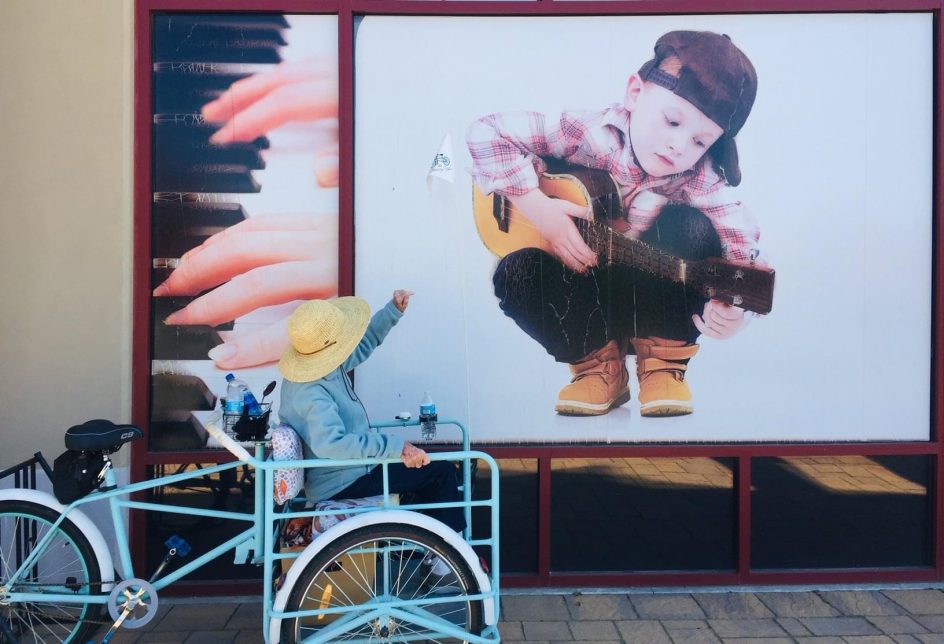 In December 2001, we bought our 4 year old son, Nick, a $29.99 Pignose guitar for Christmas, not realizing the impact it would have on his life.

In spring 2002, I was on a quest to find a guitar teacher but I couldn’t find anyone interested in teaching a 5 year old. I found myself in the checkout line at Guitar Center with a “How to” book. A man wearing a Cleveland Browns sweatshirt looked at my book and gently asked,

“Are you learning how to play the guitar?”.

He handed me his business card and said, “I can’t talk now. Put that book away, give me a call later today, and let’s talk about this”.

That man was Joseph Baldassarre, a classical guitar music Professor at Boise State University who put us in touch with a local “Childbloom” Instructor offering classical guitar lessons for children aged 5 and up.

For the next 12 years, Nick spent Friday afternoons with his instructor, Kelli. Practice time at home was critical and Nick would spend 20+ hours each week playing the guitar in our living room. Rosemary was Nick’s BIGGEST fan. She would sit quietly, smile and listen to every note, every tune, every song over and over again. She attended every recital, sitting in the front row beaming with pride at Nick’s talents.

The last few years, Nick would always bring his guitar, sit by Rosemary and just play for her. The flood of memories would wash over her and bring her to such a peaceful place. Nick and Rosemary always shared such tender moments like these, weekly.

The day before Rosemary passed away, Nick played for her. Her body was already transitioning but I know her soul was touched by his song and soul.

Having said all of this, Rosemary would be shouting from the rooftops with pride over the news we are about to share… Nick “WadetheSloth” has RELEASED AN ALBUM!

Each song is written and produced by Nick. Rosemary even makes a special appearance in one of them! We all know she’s on her feet clapping, requesting an encore from above!

Listed below are the platforms Nick is active on.