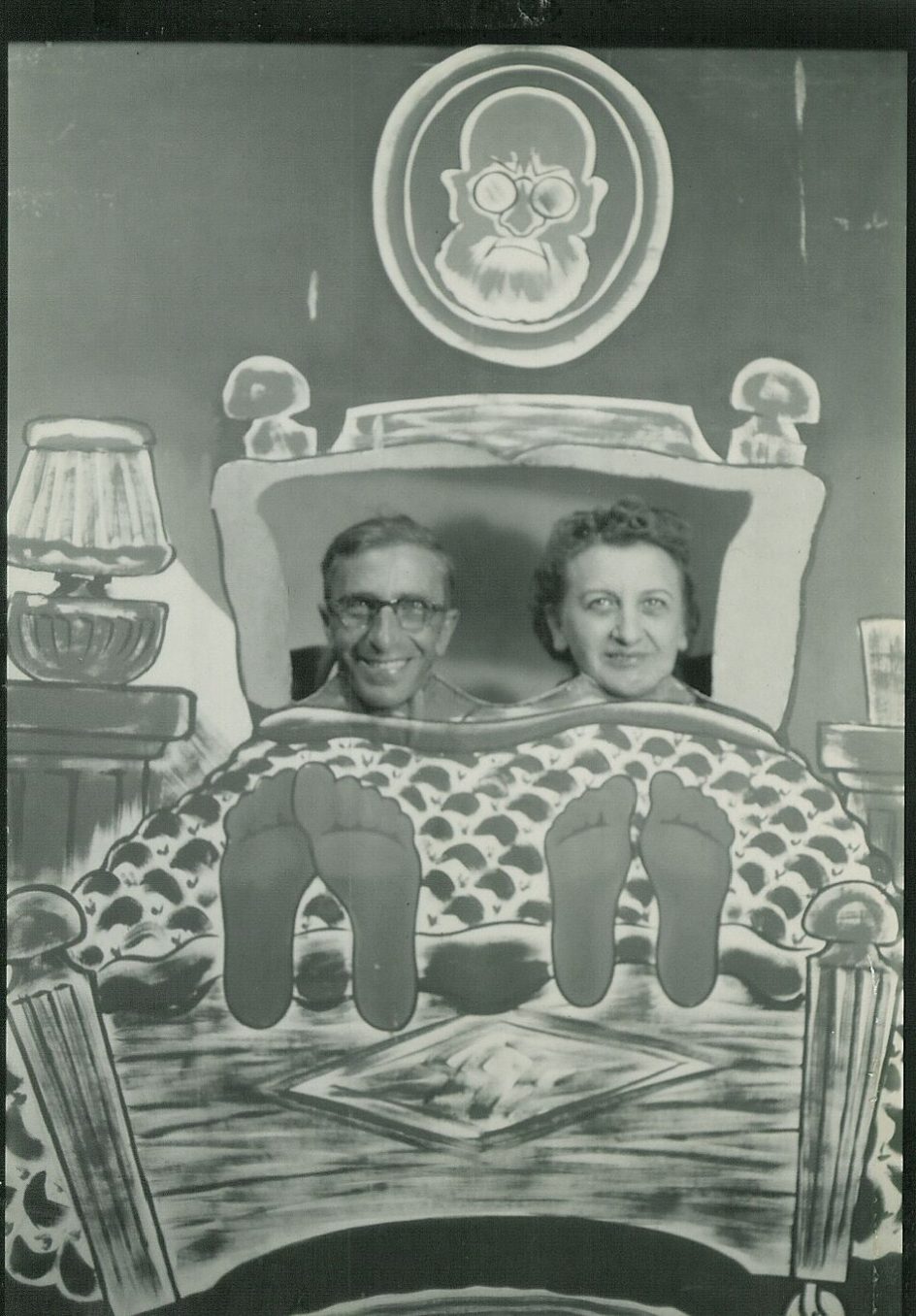 Last week I was talking with our daughter Amanda after a long shift at the hospital as an ER Nurse. We shared a virtual cup of coffee and just chatted and at one point she said, “Do you think people understand the odd things that they say to others?”.  I didn’t know what she meant so I asked her to elaborate.

A patient was making conversation with her and jokingly asked, “What would your husband think about that?” She never mentioned her husband, but assumed he saw her wedding ring and thought nothing of it. He then asked her how many children she had. She replied in short, “No kids”.  Shocked, he then asked her “WHY NOT?”.

WHY NOT?? What a personal question to ask a complete stranger after just meeting minutes prior.

I decided it was time for another Rosemary story for her.

Rosemary met my Dad Raymond at age 22 in 1948 and were married in 1949. When they were first married, they lived in a small apartment without a bathroom (shared bathroom in the hall) with only a curtain separating the living area from the bedroom.  In other words, privacy was at a minimum. My Grandfather Tony was an insurance agent and worked nearby and had a key to the apartment and would stop in often to visit the newly married couple, at least several times a week unannounced.

After a few years into their marriage, people started to talk.  Afterall, Rosemary was approaching 25 years old, was married for several years and had not had a baby yet.

So, my Grandfather Tony approached Rosemary with the all-encompassing question “Rosemary, when are you going to get pregnant?”

As the story goes, Rosemary stood face to face with her father in law, my Grandfather Tony, and boldly answered “As soon as you don’t have a key to our apartment”.

A key was promptly left on the table and the message received. No more unscheduled drop in visits and no more questions about intimate matters.

Rosemary became pregnant with my sister Judy that following year.

I guess my point is… women for generations are having to address these uncomfortable and personal questions.  If Rosemary was here today, I think she would advise Amanda to tell that nosey man to mind his own business, in her own Rosemary non diplomatic kind of way.

(Pictured:  I found this picture of my grandparents, Rosemary’s inlaws, Tony and Elsie Sorce and thought it was perfect for this blog)