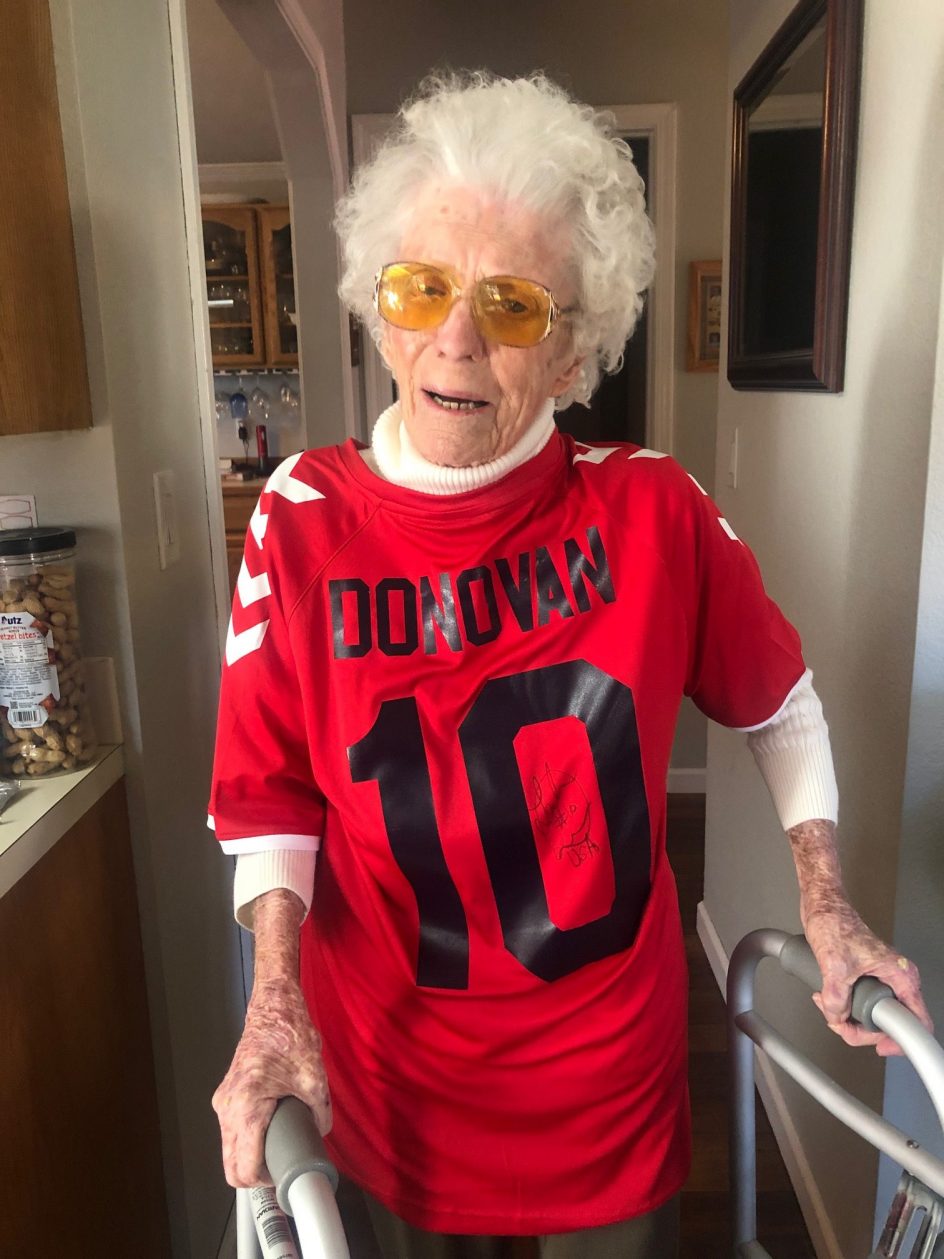 As you may recall, I was raised in a 3 generational family household. Since I was a young child, my Grandmother Marie O’Malley (Rosemary’s mother), lived with us and passed away peacefully in our home in her own bed at the age of 89.

What I have NOT told you is some of the details of my Grandmother’s passing.

In the year prior to her death, my Grandmother became very fragile and spent a lot of time in bed.  Oftentimes, Rosemary would dress her mother in things that were comfortable such as some of my teenage brothers’ tee-shirts.  One tee-shirt my grandmother was fond of wearing was a Mitch Kupchak tee-shirt from a UNC Basketball camp my brother attended.  It was nearly thread bare and very soft and she loved the feel of the shirt on her skin.

So, it is not surprising that the day my Grandmother left this world, she was wearing a Mitch Kupchak basketball camp tee-shirt.

When the funeral home came to the house to get my grandmother, Rosemary told the funeral director “She’s waiting for you in the parlor in a Mitch Kupchak tee-shirt, you can’t miss her”.   My father was mortified but Rosemary chuckled a bit.  Yes, she was in the tee-shirt, but no – she was not sitting in the parlor.

As I kissed Rosemary goodnight last night, I glanced above her bed at her prized US Men’s Soccer Star Legend Landon Donovan jersey and unwashed sock hanging above her bed.  Landon gave it to her for her 93rd birthday after a game in which he scored a goal especially for her.  They also had a lovely ride together on her Blessing Bike and were side by side for the National Anthem before the game.

I have a feeling that when Rosemary is called home, Wade and I might make a special effort to make sure she is wearing the prized jersey of her favorite player, and one unwashed sock.

What an entrance (and exit) that will be.