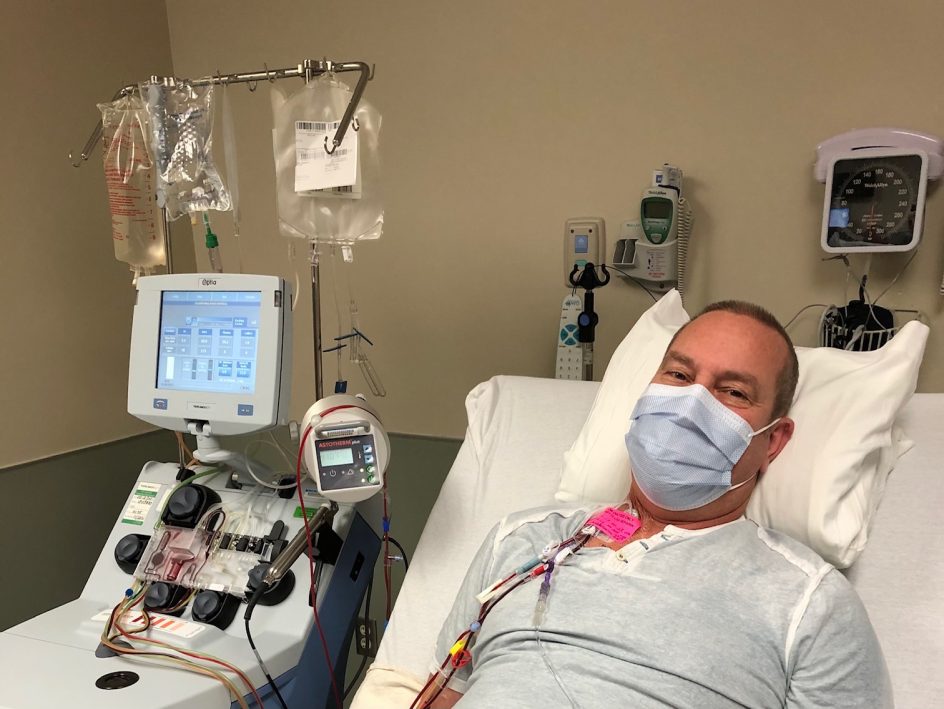 Thank you all for the overwhelming support for Wade’s battle with multiple myeloma. I know each one of your thoughts and prayers are making a huge difference in his journey. Here’s an update!

Wade is doing well. He completed his stem cell collection last week. What does this mean? Wade has been on chemotherapy since July, attempting to bring down those cancer markers in his blood. Thankfully it’s been working very well! He was given medication to make his stem cells float to the surface and easier to collect and use later in his transplant. Wade has been lucky enough to benefit from using his own healthy cells for treatment!

With that, he has been quite nauseous and tired. He was told he would feel like “he ran a marathon” after the collection process and my dad’s not an endurance runner. The fatigue is REAL. The nursing staff and transplant team have been AMAZING and incredibly helpful in explaining what to expect. He spent a lot of time taking naps and catching up on Netflix shows.

The tentative plan for his treatment is

We want to thank EVERYONE who has chosen to support Wade through blood donation. We are grateful for the dozens of you who have personally donated blood and platelets AND sent us pictures. Thank you to those who have also set up blood donations drives in Wade’s name. We can’t wait to see the impact that makes. I’ll provide pictures and an update next week.

Last but not least, Rosemary is doing well! My brother Nick stepped in as her caregiver last week while Jill and Wade were in and out of the hospital. Nick and Rosemary enjoyed each other’s company throughout the week, including a few bike rides.

BIG THANKS to Nick for being a lifesaver!