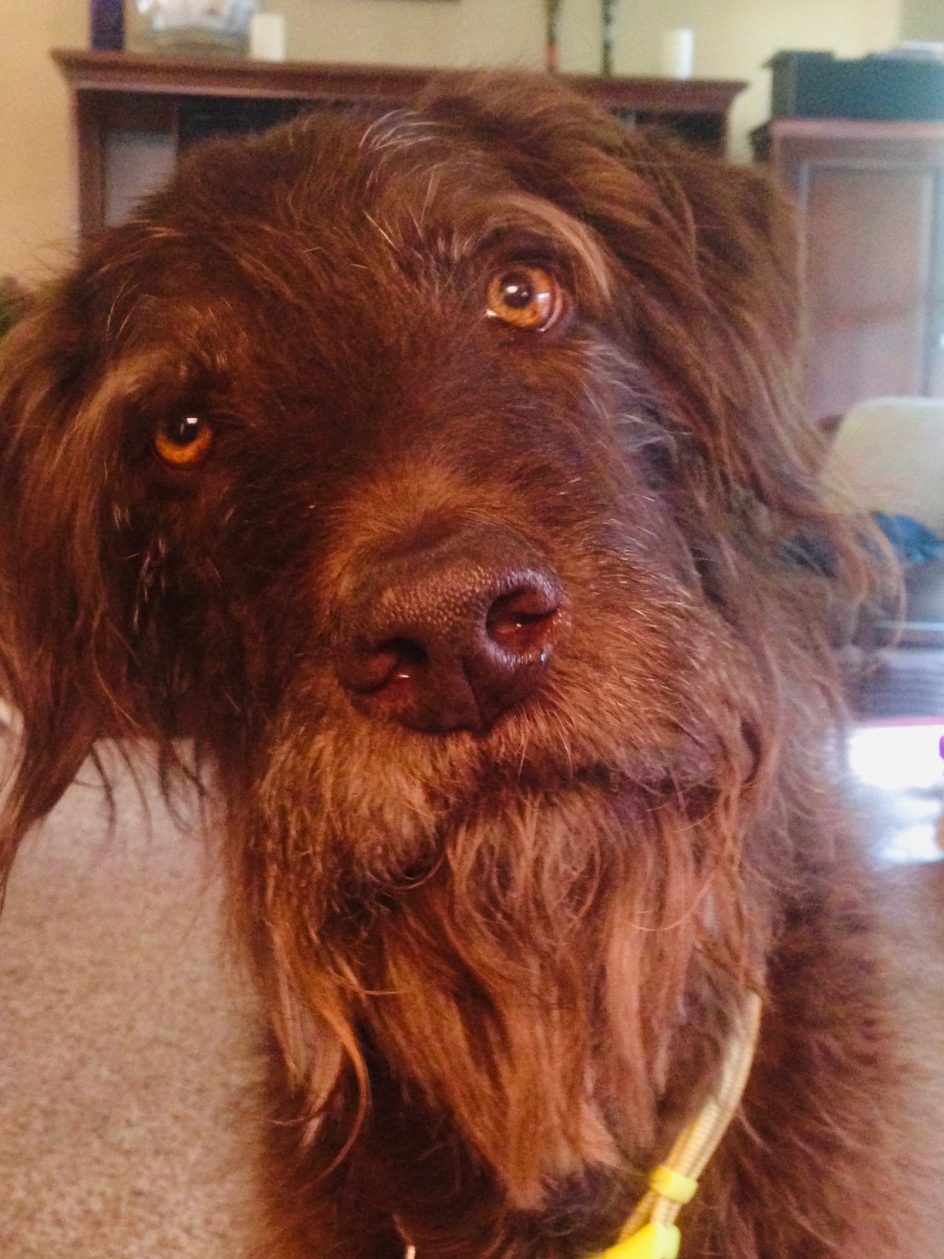 Last Thursday evening, July 15, 2021, we all laid on the floor in our family room as we said goodbye to our faithful friend Cooper.  Each pet leaves an imprint in our lives but none like Cooper.

Cooper was diagnosed with laryngeal paralysis a few years ago and we were told he could lose his battle in a traumatic fight, such as respiratory distress. This disease had been progressing rapidly and causing Cooper so much pain. We couldn’t let our friend suffer any longer.

When exactly is the right time to make this decision?  No one truly knows. Cooper had given us many clues and we were following his lead.

We found a service that would come to our home where Cooper could transition in familiar surroundings with those he loved.  When Dr. Lana gave him the first injection, she said we had about 5 minutes until he would get sleepy. Each of those seconds ticked away slowly as we all tried to savor each passing breath, each last gentle stroke, and each time our eyes locked with his.

Our bodies surrounded him as she gave him the next injection, which she said would take about a minute until his heart would gently stop beating.  We all gave him our goodbye messages through our sobs and held on to him as tightly as we could. Rosemary kept a tight grip on his fur as her own heart was breaking in the transition of her best friend.

Dr. Lana removed her stethoscope from her bag and listened to see if his heart was still beating.

All of a sudden, there was a loud sound of a fire truck horn. Dr. Lana started scrambling to find her phone in her bag and shut off the very loud ringtone on her cell phone, as we all looked at each other in bewilderment.  She was embarrassed and apologized, but didn’t realize it could not have been a more perfect moment.

Ever since Cooper was a puppy, one of his favorite things to do was to alert everyone when a fire truck was nearby. When Cooper heard the horn and siren of a firetruck, he would perk up his ears, look around, point his nose up in the air and howl until he didn’t have any more breath in his lungs. If the firetruck was still in range, he would start over again until the siren was no longer audible.  It was as if he was helping the truck clear the traffic.

Our home is located in a subdivision behind a fire station, so Cooper was howling OFTEN.

Many times, Cooper and I would be riding in the car with the windows down and he would faintly hear a firetruck in the distance and perk up his ears.  I knew what was next, but it would always shock nearby cars as they would witness Cooper with his head out the window, snout in the air howling with all his might.   This site would cause many smiles, laughter, and pictures.

Unfortunately, during the last 2 years of his laryngeal disease, Cooper has been unable to howl at fire trucks. He would tip his head back, put his snout in the air and try – but then cough uncontrollably and look at us sadly as if to say, “I tried”.  Watching him deteriorate this way literally broke our hearts. Cooper has not howled in years.

So, do you think it was a coincidence that at the exact moment Cooper’s heart stopped there was a sound of a firetruck?

We don’t think so either.

Howl loud & proud and pain free in heaven dear friend.  Thank you for letting us know you arrived at the rainbow bridge.

We will see you on the other side.