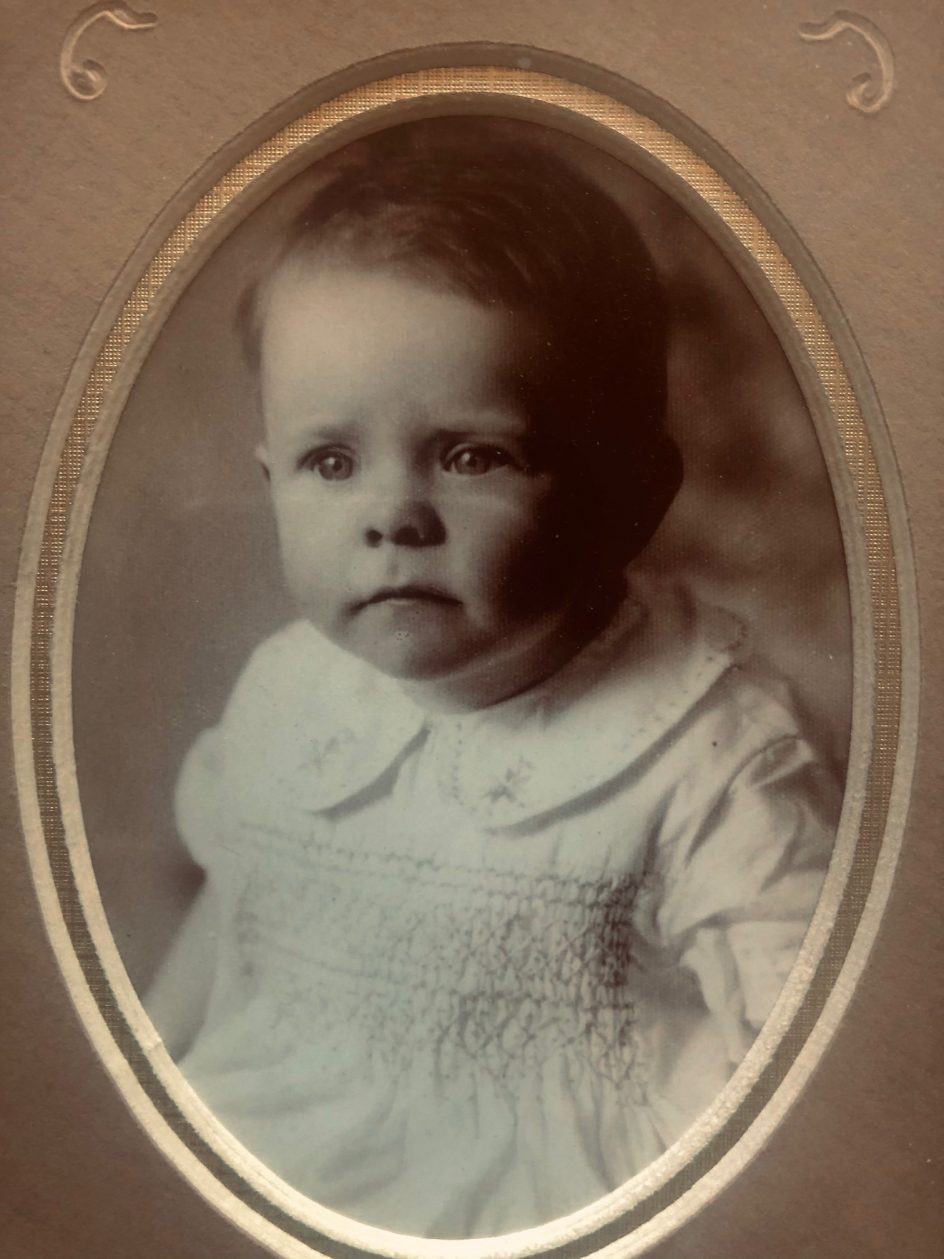 The Blessing Bike can truly be a magical gateway to trigger memories for Rosemary. I am not sure if it is because nature and all its elements activate a certain part of the brain, but I witness it nearly every day we ride.  On this particular day last week, I watched Rosemary’s mind start to wander as I peddled away while she told a story.

Rosemary smiled as the talked about the smocked dresses her mother would make for her by hand.  I remember the dresses well as I have a picture of 3 generations of us in the same smocked dress.  She reflected on her Mom’s sewing skills and how people loved her smocked dresses.  Rosemary recalled sitting in her pediatrician’s waiting room at about age 10 or so for her polio checkup.  A man in the waiting room commented on the pretty dress she was wearing and started a conversation.  Rosemary’s Mother told the man that she made it and thus started the relationship between Rabbi Brickner and Marie Sweeney O’Malley.

According to Rosemary, Rabbi Brickner asked Marie to make him dresses for his granddaughters, just like the one Rosemary was wearing.  Marie agreed and offered a price and Rabbi Brickner said it was too little to pay and doubled it the price.

Rosemary remembers Rabbi Brickner being a kind man and how Marie took great pride in making the dresses for him.  She would wrap them carefully before Marie and Rosemary would deliver them to him at the Rabbi’s house, one by one when they were ready for wear.

Not that I was doubting Rosemary’s memory, but I decided to do a little research on my own.  Sure enough, there was a Rabbi Brickner in South Euclid, Ohio during that time period.

My curiosity was sparked, and I kept looking for more information about this kind man.   This is what I found.

During World War II, Rabbi Brickner chaired the Committee on Chaplains of the Central Conference of American Rabbis. In 1943, the National Jewish Welfare Board selected Brickner to serve as executive chairman of the Committee on Army and Navy Religious Activities. In 1947, Brickner undertook an extended overseas tour to study the needs and problems of American servicemen and to report on the situation faced by Jews in Europe and the Middle East.  In the same year, President Truman awarded the Medal of Merit to Brickner for his service to the military both during and following the war

Rosemary never knew what became of this kind and gentle man. She said she often thought of him and how caring he was to her mother. After all, he paid double the price for handmade dresses during a time when money was scare for many people, including Rosemary’s family.  It was likely his way of helping a family who he noticed could use a hand.

When I shared with Rosemary what became of Rabbi Brickner, her eyes filled with tears and she said, “I am not surprised, he was a very good man”.

Rabbi Brickner died in 1958 in a car accident while touring Israel.  His kindness will never be forgotten, especially by Rosemary.

(pictured Rosemary, circa 1927 in one of her mother’s handmade smocked dresses)