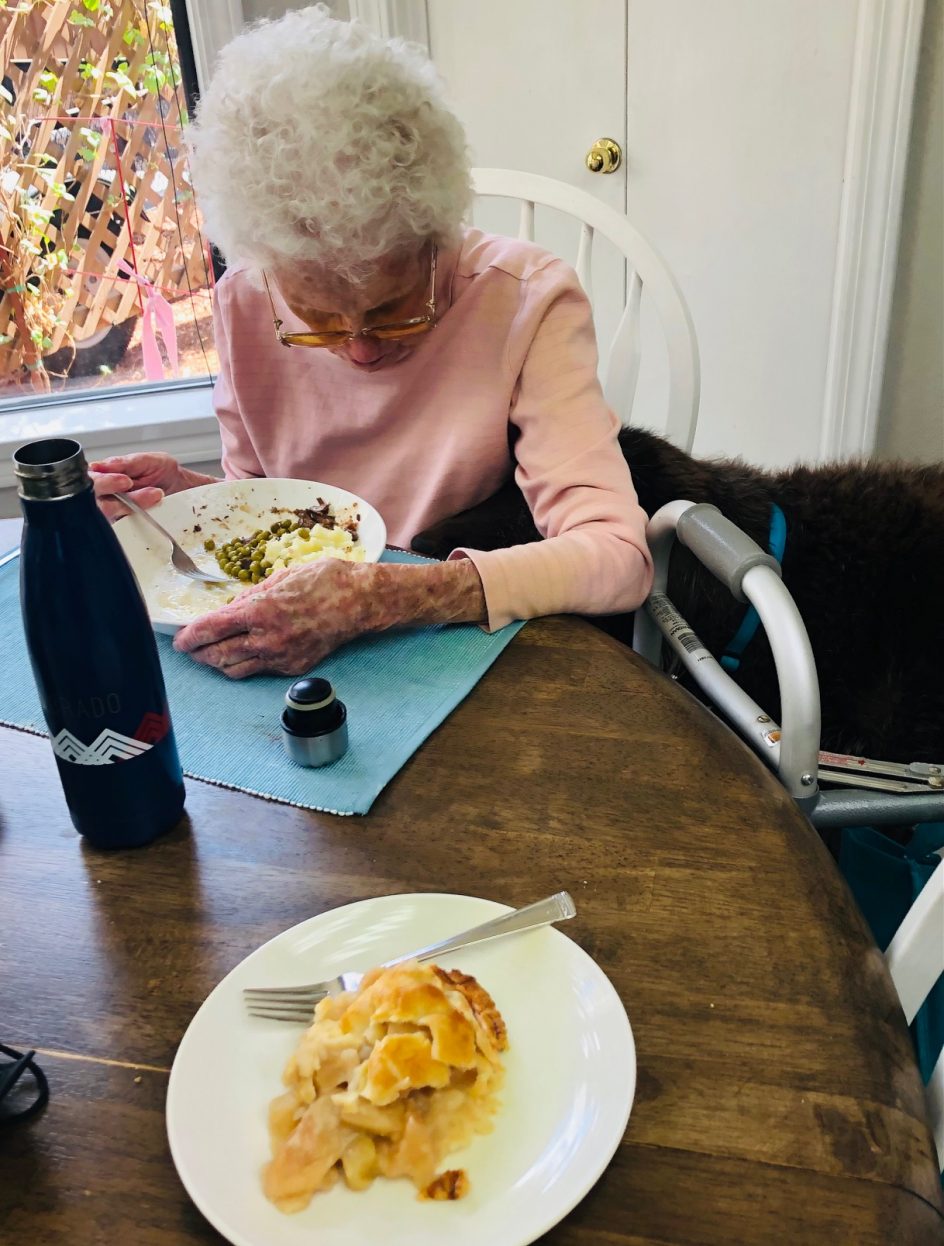 As many of you may know, we have a beautiful canine friend named Cooper, who will be 13 years old this summer.  If what they say about human to dog age ratio is true (1:7), this brings Cooper to about 91 years old in human years.  Rosemary will be 95.  They are 2 peas in a pod.

As an elderly human, it’s important to try to have a good diet, especially when you only weigh about 92 pounds.  It’s a struggle to get Rosemary to eat anything green or nutritious but we try our best and fail often, if not daily.  But in all reality, it’s okay because it’s her choice after all.

As a geriatric dog with multiple medical system issues, we are very careful about what we feed him.  He gets special dry food in the morning, special canned food in the afternoon and various vitamins throughout the day.   More importantly, as hard as it is to ignore those big, beautiful golden, brown eyes, Wade and I have made a concentrated effort to not give him table food.

Wade and I talked to Rosemary recently and told her absolutely no more table scraps for Cooper.

She heard what we had to say but denied feeding him from the table. She said, “It’s not me, I don’t give him table scraps”.

But Wade and I were not convinced, as we would watch broccoli, peas, asparagus, and other green food items disappear from her plate, but we lacked evidence!  Cooper and Rosemary could keep some secrets.

Until one day last week when Rosemary was eating her lunch and Cooper was slyly nudging her arm with his nose to get underneath her arm in a stealthy fashion. Slowly the peas began to disappear from her plate.  You be the judge… think she was feeding Cooper?

I spent a lot of time reflecting on this moment and decided that Cooper also needs to enjoy what little time he has on this planet as well.   I am officially turning my head the other way when she thinks she is sneaking food to him.

It can be their little thing.  Their act of love between them.  Their moment.  Rosemary gets to give her friend treats and be sneaky.  Cooper gets to get his way with horrible table manners and receive an extra dose of love from Rosemary.

I will still tell Cooper not to beg and still tell Rosemary not to feed Cooper from the table,  but I know they will both ignore me as she lovingly continues to sneak him the things she doesn’t want to eat from her plate.