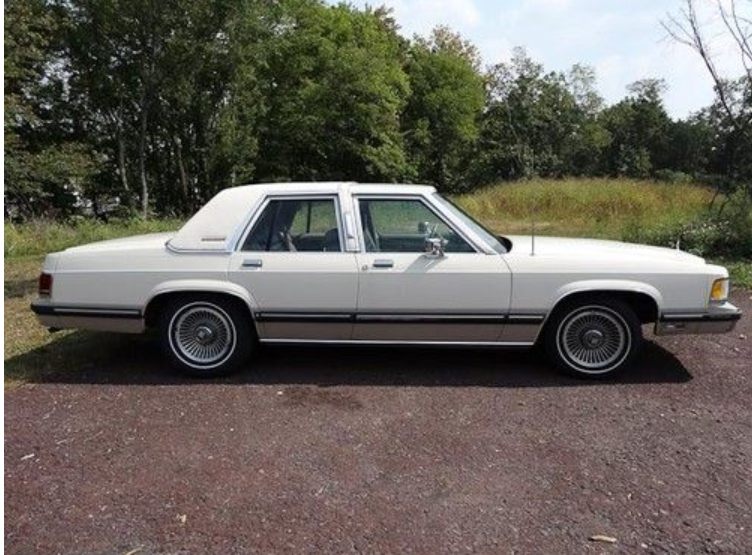 Yesterday, Rosemary, Cooper and I ventured out on the blessing bike to enjoy some afternoon sunshine. We took a different path than normal and detoured to the Elementary School my children attended many years ago.

My mind was flooded with memories of my children (who are now 30 and 23) as we rode around the parking lot and I recalled many happy memories at that little school.

Apparently, Rosemary was doing the same thing as I watched her grin silently.

She then said, “Remember when I would pick up the kids from school in my big white car?”

Of course, I remembered.  The kids named her car “The Pimp Mobile”, a giant white Grand Marquis that would have held the entire soccer team if we allowed her to do so (which we didn’t).

The kids LOVED that car and she loved driving them around to where they needed to go after school.

That is until Wade and I found out about “The Game” that Rosemary would play with them in the car.

The game went something like this:  Rosemary would say “Let’s play a game. You tell me when the traffic lights turn a different color and when you see stop signs. Try to yell as far in advance as possible, and the winner is the one who sees it first. It will be fun.”

Our youngest child Nick thought it was great fun.  Amanda, our oldest was a bit savvier, and decided to share the game with us after a few precarious rides playing the game.

You see, Rosemary was slowly losing her vision due to macular degeneration and some days it was truly difficult for her to see to drive, especially when the sun was very bright on the hood of that big white car.  The way she adapted to her vision loss was enlisting the help of my offspring as driving tutors and keeping her vision loss to herself.

Soon afterward, Wade and I had the dreaded conversation with her, which I think she somewhat expected and entirely understood.  The Grand Marquis was sold soon afterward, and her driver’s license surrendered.  It was hard, but it was the best thing.

The day she sold her car, she changed rolls from chauffeur extraordinaire to household dispatch.

But that’s a whole different story in this three generational household.

It’s always been an adventure with Rosemary.