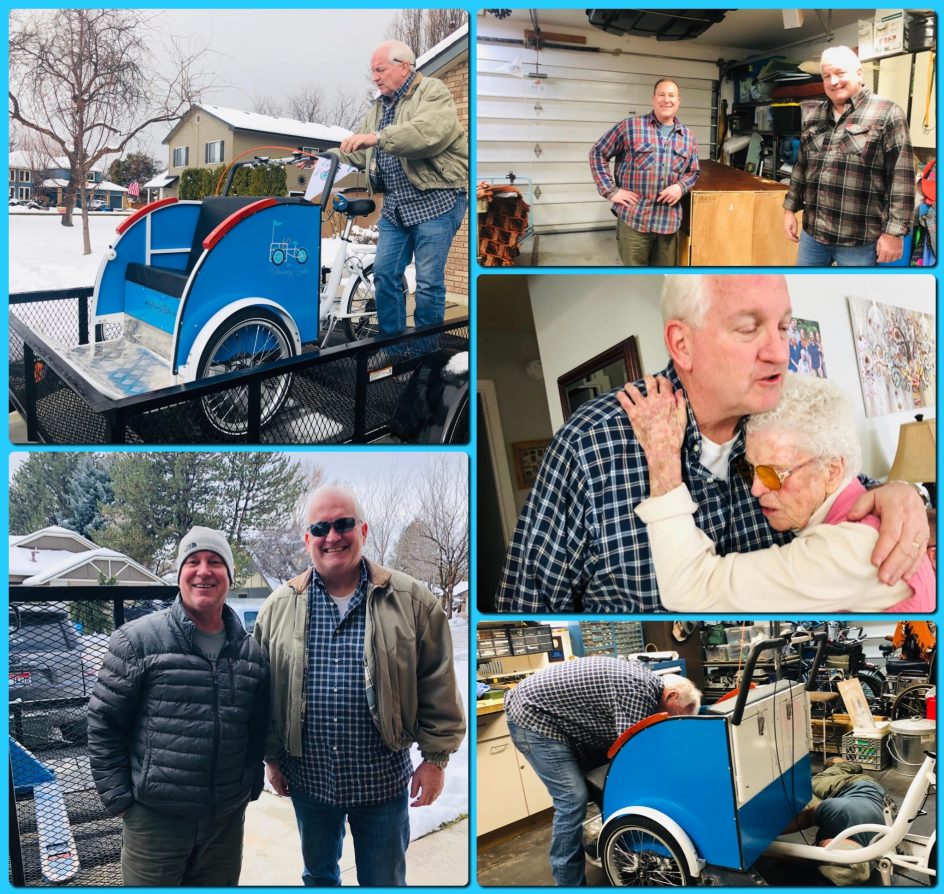 Last weekend my brother Mike drove from Phoenix to visit for the weekend.  Wade, Mike, and I spent endless hours in the garage building bikes (well they did), catching up on life and spending time with Rosemary.

My brother is the youngest of Rosemary’s three children. He is 23 months younger than me and Rosemary fondly introduces him as the baby of the family (he is 58).

Rosemary loves him dearly as only a mother could love a son.  Her love for Mike is different than her love for me and my sister.  My mother gets a certain glean in her eyes when she talks about her son.

This weekend they spent time talking about his youth, family, and Rosemary shared stories while he listened intently.  I watched him hold her hand in prayer as they sat next to each other in church and it touched my heart dearly.

Mike is a good man.

But I must admit, one of the highlights of his visit was the look on Mike’s face when Rosemary wheeled her walker into the dining room and said to Mike and Wade as she was shaking her finger; “Which one of you left the toilet seat up?  I nearly fell in!”. Mike’s face was priceless as he owned up to the near mishap.  Wade and I giggled under our breath as she wheeled her walker away shaking her head.

Sometimes it’s nice to see another adult child get in trouble besides me.