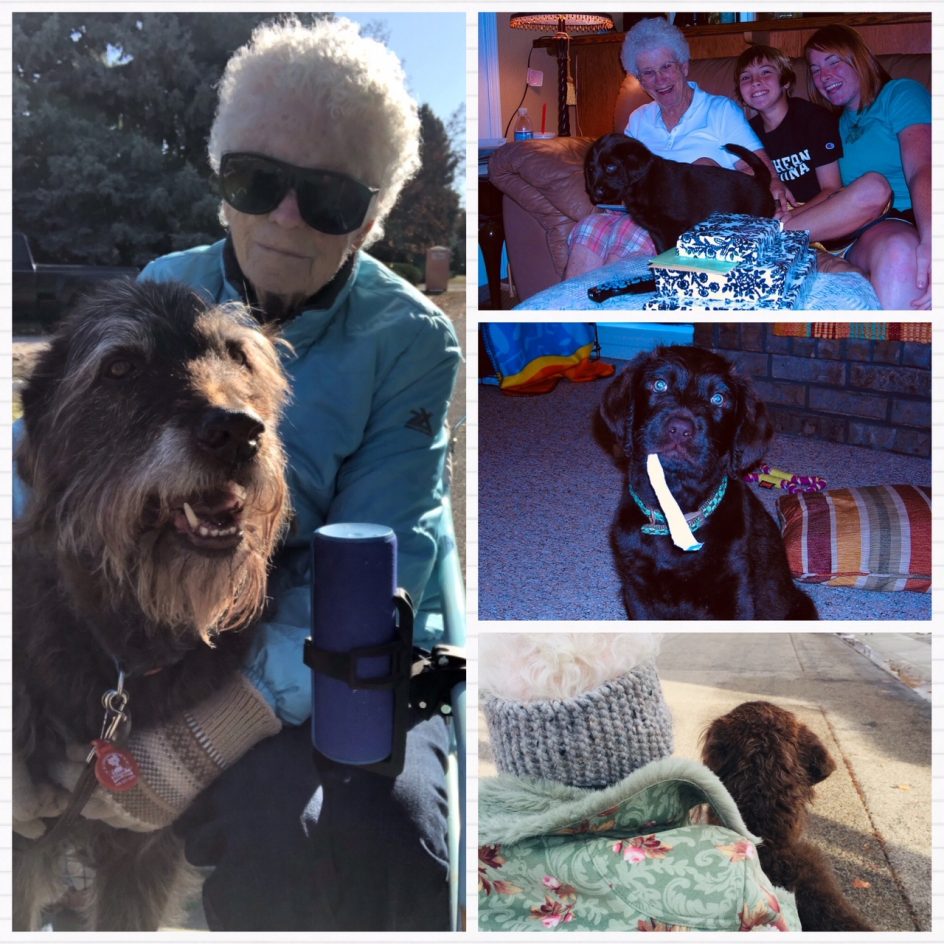 In 2008, we lost our dear canine companion Angus, a golden retriever whose heart was too big for his body.  A week after we lost Angus, the sadness in our home was too much to bear and we decided to adopt Cooper, a 6-week-old Labradoodle, to bring some joy back into our home.

Cooper and Rosemary butt heads in the very beginning.  Rosemary called him “Cujo” and struggled with his very stubborn and challenging puppy stage.

I worked my schedule around trying to get the two to get along.  I would set my alarm for 5:00a to walk cooper for an hour to try to wear him out before I went to work to leave him with Rosemary.

Often, I would leave Cooper seated on the couch next to Rosemary – with their body language clearly snubbing each other.

But then something happened.

Cooper grew up, and Rosemary left some room in her grieving heart from Angus, and the two started to get along.

Cooper does not leave Rosemary’s’ side. When Wade and I leave the house for short outings, we leave Rosemary in Coopers faithful supervision as he perches on her bed and in a protective and loving position until we are back home.

Recently, Cooper has been diagnosed with Laryngeal Paralysis, commonly called LarvPar.  We have consulted with a veterinary surgeon but unfortunately, he is not a surgical candidate. The disease starts with esophageal issues and then progresses to generalized neurological deterioration.  At nearly 13 years old, Coopers disease is advanced.

The instant howl we would giggle at when a firetruck was in range has resorted to a sad attempt with a barely audible grave cough. His hind legs are giving out on him more and the range of his walks is limited to around the block.

Coopers time with us is limited. Cooper and Rosemary are on similar paths except God has the ultimate decision about when Rosemary gets called home and Wade and I have to make that decision for Cooper.  What a huge responsibility to know when to say goodbye to a faithful friend. I pray we make the right decision.

In the meantime, we will enjoy each day, ride the blessing bike with Cooper and Rosemary, have lots of walks and never lose sight of the big picture.

How blessed I am to have been loved unconditionally.