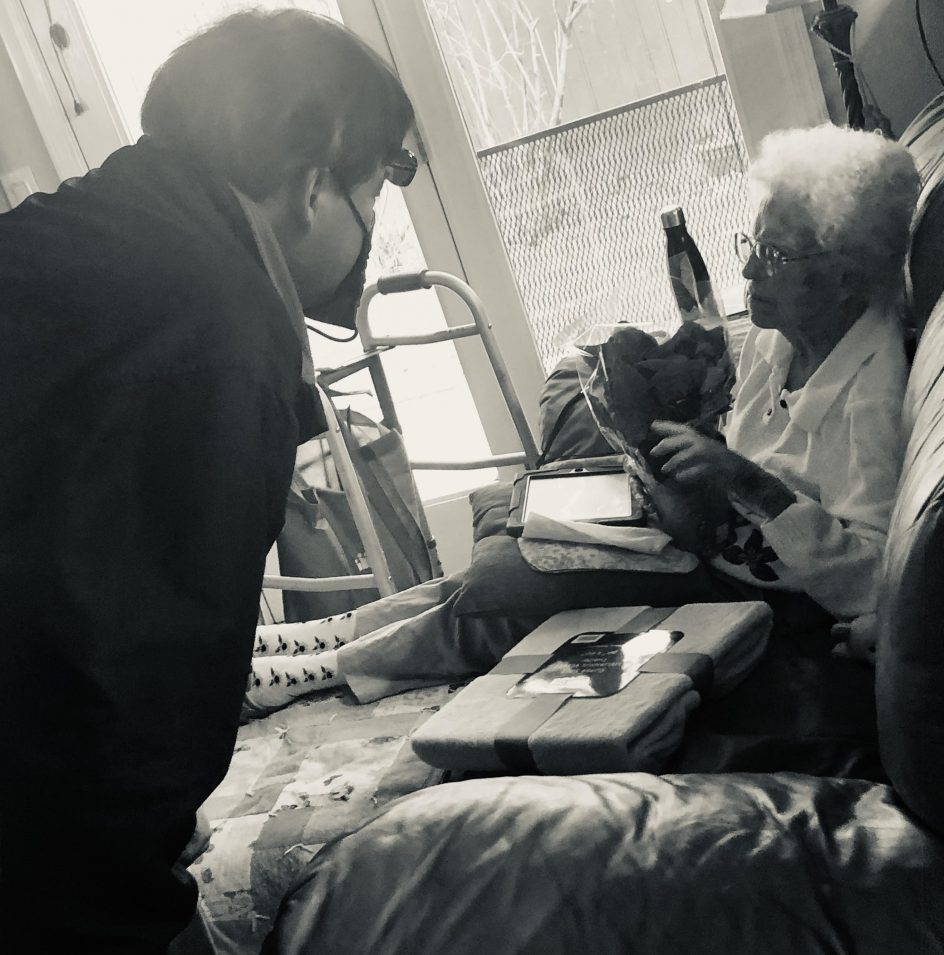 I had an experience with my Mom the other day that literally made my mouth drop.  But before I share, I want to provide you with a little bit of background.

My Mom and Dad raised Judy, Mike and I with very traditional values and humble ways of living.  We were an average middle-class family raised by parents with an above average dedication to manners.  Rosemary could easily reach across the dinner table with a fork to stab our resting elbows or give us the look above the rims of her glasses if we used the wrong utensil or God forbid, chewed with our mouths open.

Gift giving was also a very modest event.  During Christmas we carefully waited for each other to open their gift and appreciate the joy it creates before the next person began opening their present.

We were raised to be gracious and humble in the gifting process, both giving and receiving.

A few days ago, a friend called to say he wanted to see Rosemary (masked of course) and that he had a gift for her.  I told him he could come by at any time and told him that he didn’t need to bring her gifts.  He laughed and said he found something he really wanted her to have.

He stopped by an hour later and sat next to Rosemary and gifted her a cute Christmas plant and candy.  He told Rosemary what I said; that he didn’t have to bring gifts and that he could just visit.

Rosemary’s response floored me.  She said “Don’t listen to Jill, bring me presents”.

I was floored, embarrassed and shocked all at once.  Is this the same lady that raised me to be humble and gracious who was now saying “Bring me presents”?

But then, I thought about it a little more.

“Thank you for thinking of me when you are out shopping and seeing something you think I would like”.

During this time of gift giving, it is certainly something to ponder. Without someone to receive, there would not be a reason to give, and giving makes us feel good, especially now.