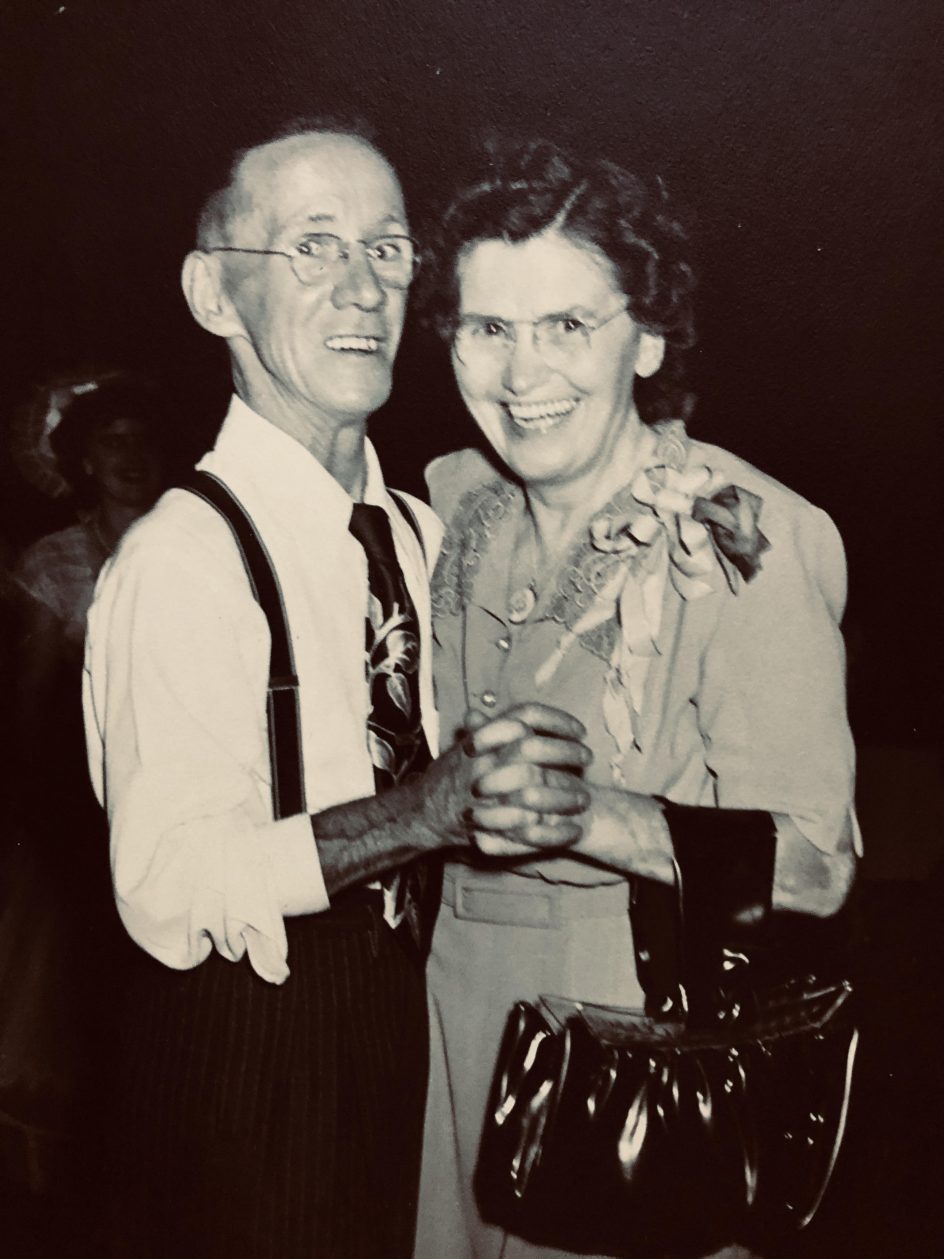 The night before Rosemary married Raymond, her friends and bridesmaids, Ginny and Lettie, spent the night with her as was customary in those times.

At the crack of dawn my Grandmother, Rosemary’s mother, burst into the room where the 3 girls were sleeping soundly.  My grandmother stood uncomfortably in the doorway in her custom fit corset; yelling for help.  She was holding something very unfamiliar to her – a BRA. My mother was mortified in front of her friends, but sisterhood prevailed and they all burst into action.

You see, my grandmother had a very slight build and her choice of undergarment was a tee-shirt. But to please her daughter she agreed to wear a bra on the day of her wedding.

Together, Rosemary, Ginny and Lettie helped my grandmother with a bra and gave her 2 hankies, one to stuff in each cup of the bra.

But suddenly, as if Rosemary caught a glimpse of the future, she gave my grandmother a third hankie and told her it was the one to use.

Rumor has it, in my Grandmothers 90 years, that was the one and only day she ever wore a bra.