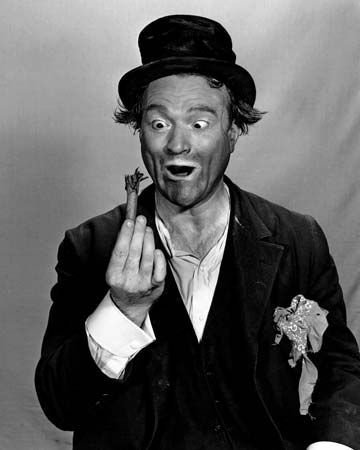 Ever since I was a little girl, my mother would always end the day with “Good night, God Bless”.  Well, it’s become “GoodnightGodBless” in one big word.

I asked Rosemary when this phrase started for her. She said as a child her father said it to her every single night before bed.  She also said, “You know…. lots of people said it back in the day including Red Skelton”.  Red Skelton would sign off each live show with “Good Night and God Bless”.

So, I did a little digging and sure enough, it is true.

In the 1950’s through the 1970’s Red Skelton had a comedy TV show in which his famous character was Freddie the Freeloader.

At one point a reporter asked him “Who is Freddie?”

He’s found out what love means. He knows the value of time. He knows that time is a glutton. We say we don’t have time to do this or do that. There’s plenty of time. The trick is to apply it. The greatest disease in the world today is procrastination.

And Freddie knows about all these things. And so do you.

He doesn’t ask anybody to provide for him, because it would be taken away from you. He doesn’t ask for equal rights if it’s going to give up some of yours.

And he knows one thing that patriotism is more powerful than guns.

He’s nice to everybody because he was taught that man is made in God’s image. He’s never met God in person and the next fella just might be him.

I would say that Freddie is a little bit of all of us.”