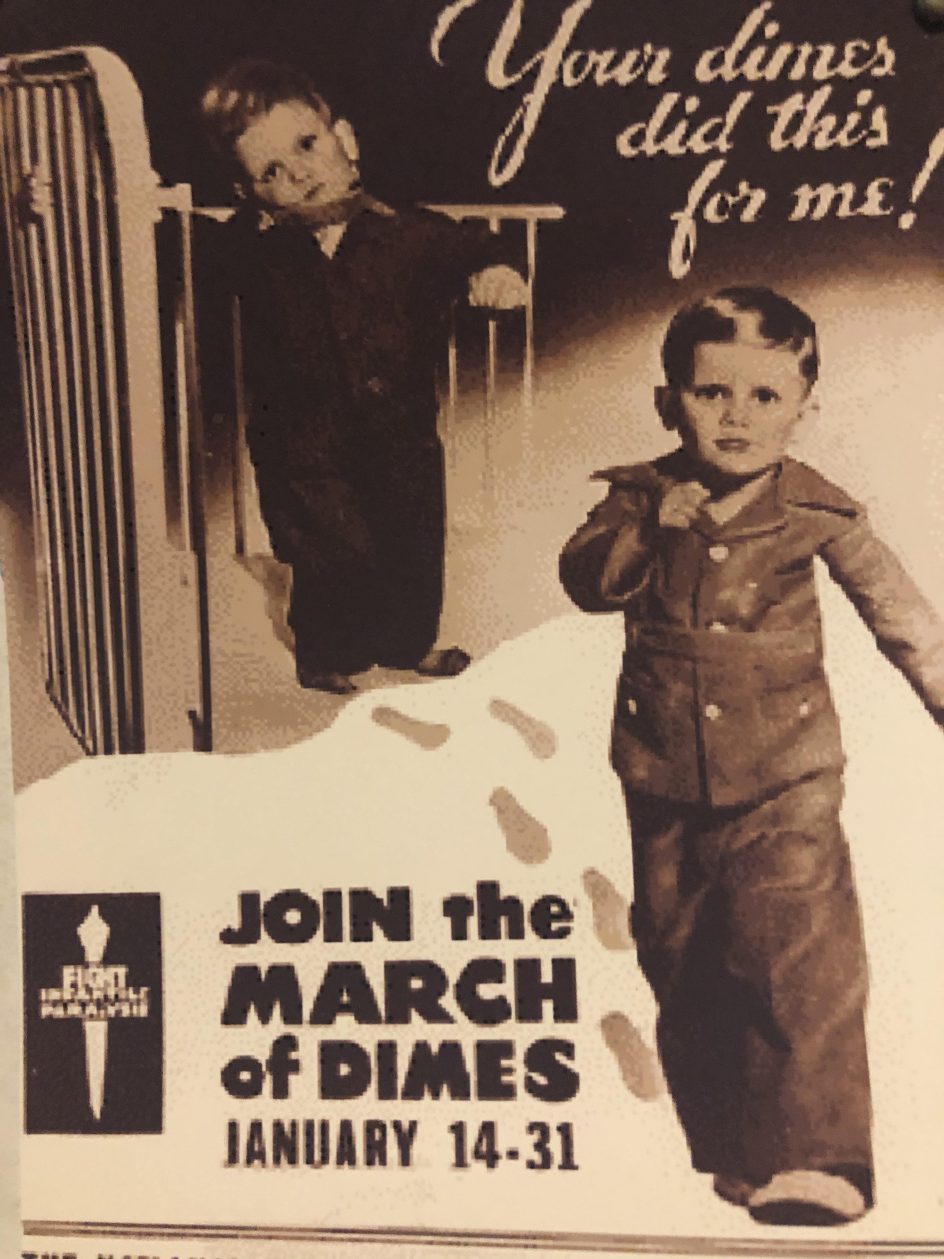 Did you know Rosemary is a Polio survivor? In fact, she is one of the first “March of Dimes” picnic kids back in the 1930’s.

During the time directly preceding WW2, our country was in a fierce battle to find a cure for Infantile Paralysis, overwise known as polio.  In fact, the President at that time, Franklin D Roosevelt had contracted polio and was not able to walk unassisted.  The United States was struggling with many financial issues and finding a cure for polio was costly.  A performer named Eddie Cantor challenged the entire county to all send in a dime to the White House and together the nation could fund research and cure this dreaded disease.  He coined the phrase “March of Dimes”.

What followed was a deluge of funds into the White House and a response from the President to the American public thanking them for the truckloads of letters filled with dimes, quarters and dollars from adults and children wanting to help.

These funds from ordinary citizens together helped find a cure for Polio.

Rosemary was one of the fortunate children with polio and only experienced some residential effects.

When I talked with Rosemary about this point in history, she had several things to share with you all.

She talked about her therapy and how her mother would lather her in cocoa butter and put her in the sun to warm her muscles and make her swing a bucket of rocks around the front yard to get strong.

She talked about being picked up by the local polio group for a picnic with other children with polio.  She teared up a little bit as she talked the guilt she experienced by being one of the lucky ones who was able to overcome the paralysis and regain most of her strength.  She said many people were not so lucky.

But then with a glean in her eye and head tipped up, she smiled and said, “Most of all, I was so proud to watch our country come together for a common good”

It was a beautiful thing to witness and be a part of.