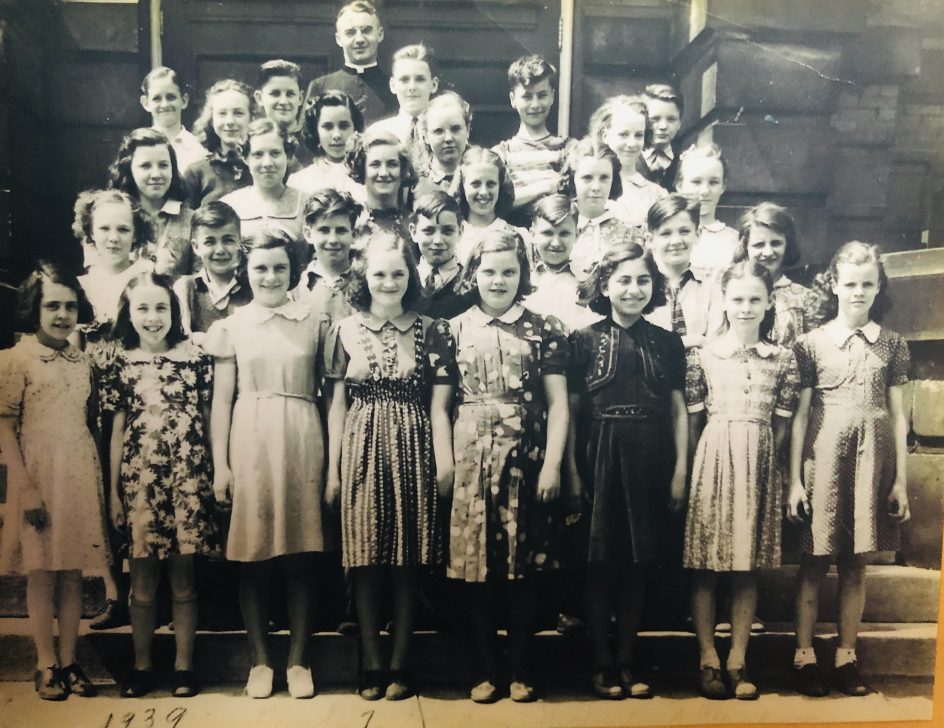 Last week I overhead my mother Rosemary on the phone with her best friend in Cleveland, Joy Muldoon (Sister Ann Cecile). Joy shared with Rosemary that their mutual friend Sadie from 8th grade had visited her and brought her candies and flowers for her 94th birthday.

Granted, I only heard one end of the conversation but what I heard made me giggle.

You see, my mother grew up in a very Irish Catholic part of Cleveland where everyone was basically just like her.  If there was a demographic box to check on applications as in present times, there would be 2 boxes; Irish and other.  Nearly everyone in Rosemary’s 8th grade class would have checked “Irish” except one, and that was Sadie. Sadie didn’t look like anyone else in the group, but no one asked or cared what her background was.  She was just Sadie.

But finally, after nearly 80 years, Rosemary just had to ask.  Her curiosity got the best of her after eight decades.

Rosemary said, “Joy, was Sadie even Irish?”   I am sure Joy responded with a “No” to Rosemary’s question to which my Mom asked, “Did you know what her background is?”

I wasn’t sure what exactly Joy said but my mother’s response was “Lebanese?”  “Was she really?  I never knew.”

I pondered about how Sadie may have felt back in 1939 in this picture. But then I noticed her big huge smile and it clearly said it all.

They were all just 8th graders, kids being kids and living in simpler times. Sadie was something other than Irish and that was just plain okay.

(Pictured is Rosemary’s 8th grade class at St Patrick’s Catholic School in Cleveland Ohio in 1939, Sadie and Joy in the front row, Rosemary in the 3rd row – the only surviving class members in this picture)