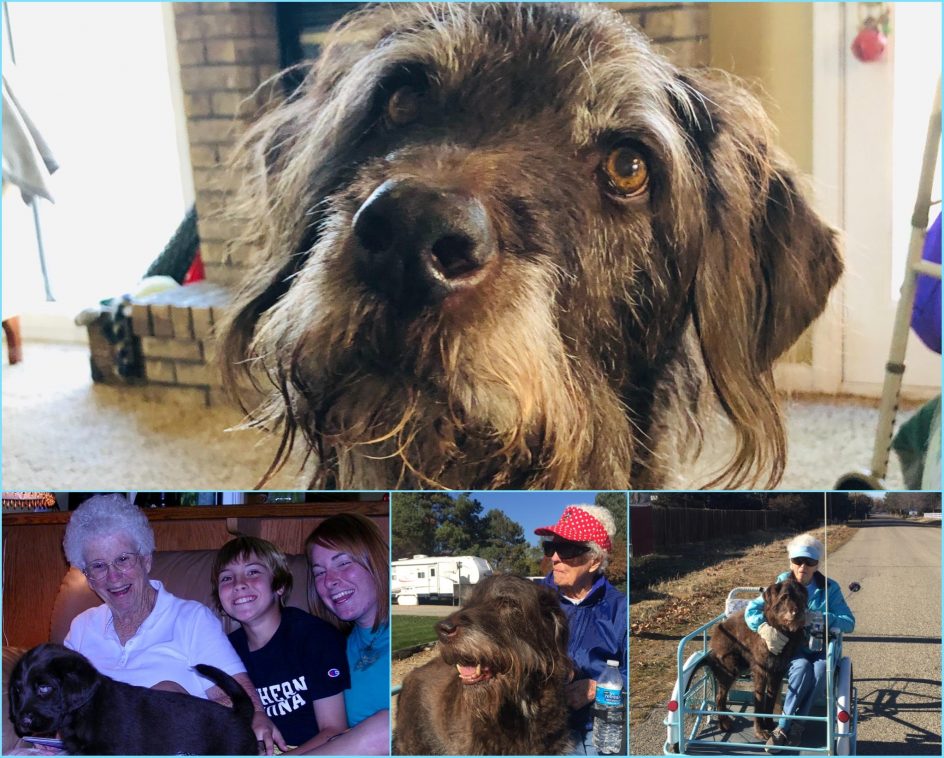 As some of you may know, we have a very special four-legged family member named Cooper. Cooper is a brown labradoodle who joined our family as a puppy in 2008.   Cooper was a mischievous pup that Rosemary fondly named Cujo when he was still trying to figure out puppy boundaries and manners.

Through the years, Cooper has brought so much laughter, joy and love to our family and to everyone who enters our home. When our children were younger, Cooper was their playmate.  He could head a soccer ball clear across the yard and guard a goal better than a professional goalie. He would sit at Nick’s feet and listen to him play guitar, playfully nibble at Amanda’s arms when she wanted to wrestle, and cuddle with any one of us on our beds when he instinctively knew we needed comfort. As Rosemary started to decline in health, he became her personal companion and follows her to each room and gently brings a stuffed toy to her bed each night to tuck her in.

Cooper is a faithful friend.

Cooper is almost 12 years old, which is close to 84 in human years.  His geriatric checkup this week revealed many issues of old age; cataracts, joint issues, a growth in his throat and his large organs are slowing down.  My heart ached as the Veterinarian told me we are in a palliative care setting for Cooper and keeping him as healthy and comfortable for as long as we can.

How can that be?

My heart sank as I selfishly pondered for a moment as my eyes swelled with tears in the knowing that these two special beings in my life – Cooper and Rosemary were both in the same situation at nearly 94 and 84.  My mind flashed to riding them both on the blessing bike together and tears streamed down my face.

But then, the Veterinarian said something profound.

He said “What an honor it is for you to care for your furry friend and Mother at the same time and to help them live out their best days. And what comfort they give each other, you are truly lucky”.

Here’s to living life….to the beautiful honor of caring for each other during the tough spots and helping each other until we are called home. Yes, I am lucky