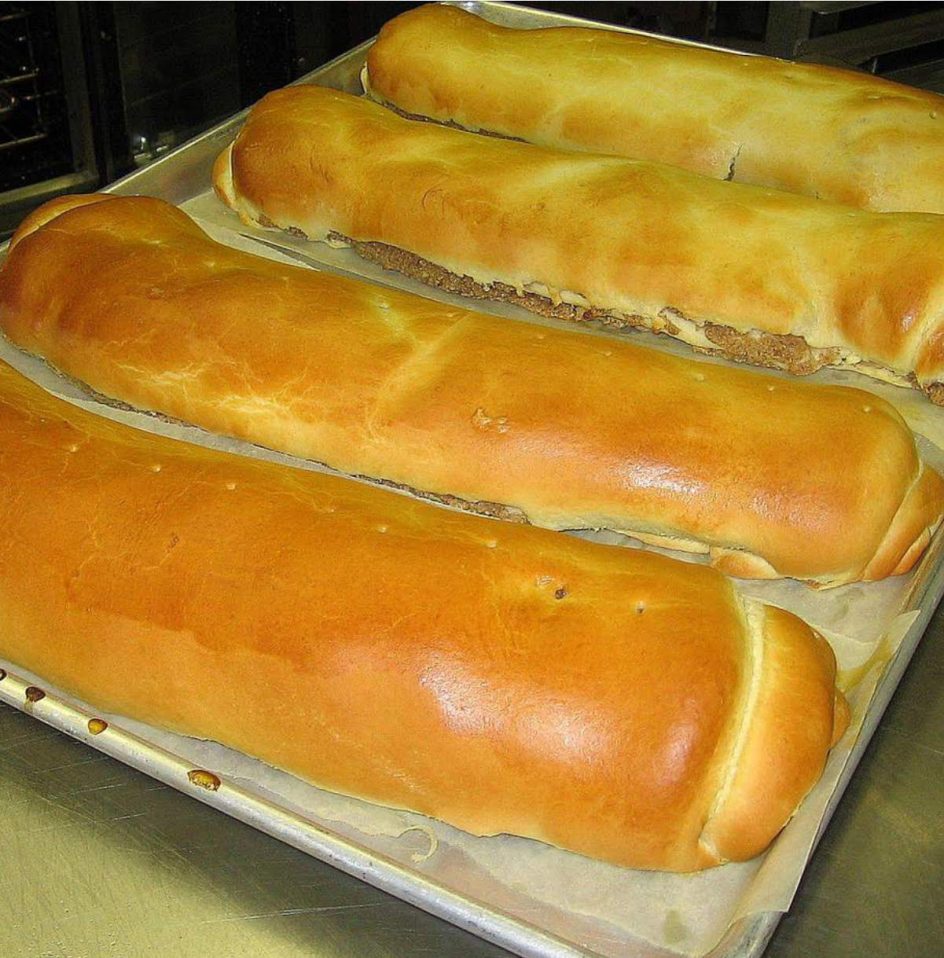 When I was young, one of Rosemary’s Christmas traditions was making nutrolls. She would gather any able bodies around the house to chop a very large amount of walnuts and roll dough until our arms ached. She mixed the scalded milk with pounds of butter and spread the mixture all over the dough.  I am not sure why little Irish Rosemary started this Hungarian tradition, but she did… and our kitchen would channel our non-Hungarian roots each Christmas in our nutroll making operations.

The problem was no one really liked eating the nutrolls except Rosemary. Each batch would make about a dozen long rolls, and we would gently wrap the rolls in aluminum foil with ribbon and gift them to neighbors and friends.

When Rosemary moved in with Wade and I after my Dad died, I wanted to continue this tradition for Rosemary.  So annually we been making nutrolls together up until about 10 years ago when Rosemary’s eyes and hands were not a reliable tool in the kitchen. It broke my heart when she couldn’t bake these anymore, so I have been making them solo for the last 10 years.

I don’t mind the labor of love except my family does not like nutrolls either. In fact, I don’t know if anyone really likes them, we just make them from year to year. I thought I was off the hook this year and then yesterday Rosemary asked me if I was doing any Christmas baking, specifically nutrolls.

I will be headed to the store tomorrow for copious amounts of walnuts and butter. In the next few days, if you see me coming towards you with an footlong aluminum wrapped baseball bat looking object, I don’t blame you if you run.