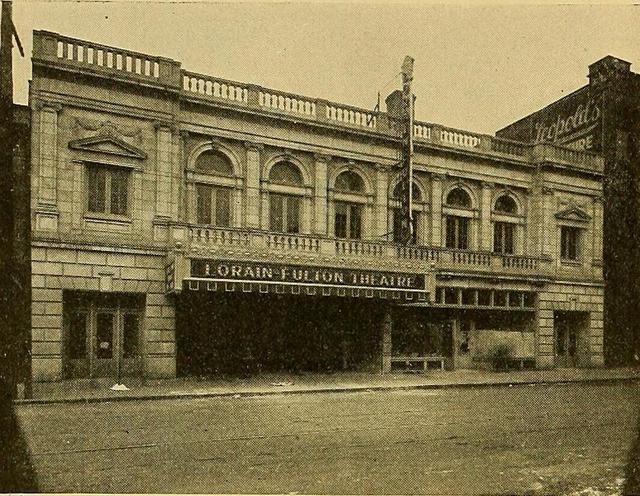 Even writing the title of this blog makes me perspire a little bit.  Growing up with Rosemary as our mother, we were never ever allowed to say the word “fart”.  We could say poot, bottom burp, pass gas and several other things, but never ever the dreaded F word, second only to the other dreaded F word.  It was a hard and fast rule.

So, when Wade and I got back from the movies the other night and were sharing with Rosemary about the new plush lazy boy seating in the theatre, she burst into laughter and said “Well, let me tell you about the Fart House”.  “The what, I asked?”  There is no way my mother said that word.  She repeated it; “Yes, it was called the fart house”.

The story goes like this:  In the early 1930’s in Cleveland when my mother was in elementary school, her mother would take her to the movies on Tuesdays. There were two theaters on Lorain Avenue – one beautiful theatre on the corner of Lorain and Folton and the other theatre, also on Lorain Avenue called the “Little Lorain” but less fondly called by everyone “the fart house”.  This run-down theatre was smelly, and rat infested. Rosemary’s mother liked it because every patron would receive a free piece of dishware on Tuesdays and she was intent on getting a complete set for not only for her, but her best friend and neighbor Mrs. McGinty.

Rosemary said the rats and mice would crawl over her shoes and she would just throw them some popcorn to keep them away from her feet.   Together, mother and daughter endured the “fart house” until my grandmother, and Mrs. McGinty had full sets of dishes.

After Rosemary finished her story, I was still stunned the word “fart” rolled out of my mother’s mouth.

Rosemary never ceases to surprise me.