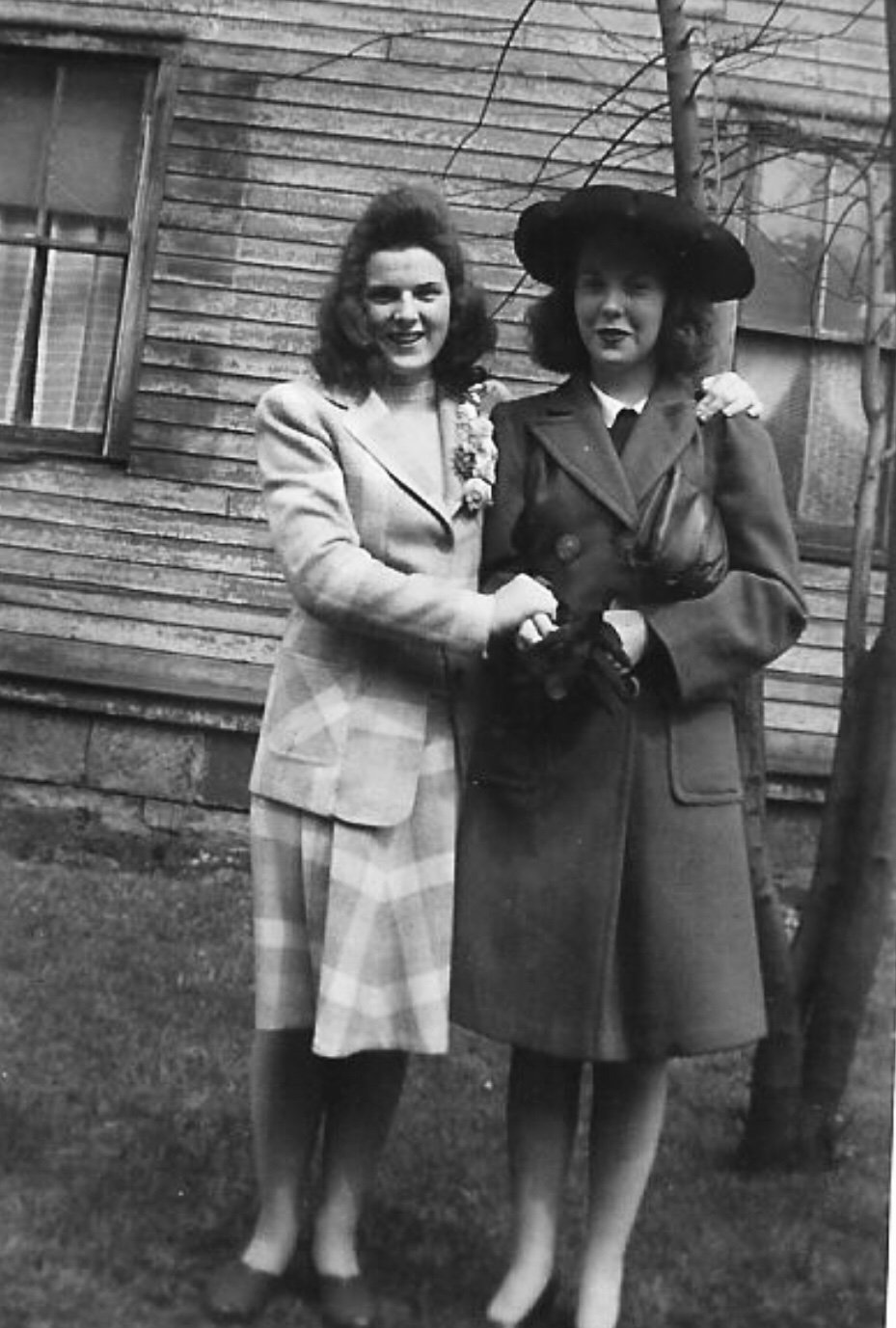 As we gather as a nation to celebrate the 4th of July, I thought I would ask Rosemary to share her favorite memory about the great American holiday. What evolved was a story about WW2 – and well – nylons…

Nylons were introduced in the early 40’s and quickly became a staple for women’s clothing. But as quickly as they entered the market, they were suddenly rationed because nylon was in short supply and desperately needed for the war effort to make parachutes, ropes and netting for the US Troops. So, most women resorted to leg make up and an eyebrow pencil to draw a line up the back of their leg to look like stockings. Very crafty.

After high school, Rosemary worked at Fisher Brothers in downtown Cleveland in the office. One night some of the girls she worked with decided to go to the East Side and have dinner and she met Hal, a friend of one of the girls. Apparently, Hal took a fancy for Rosemary right away and offered to drive her home, so she would not have to use the streetcar. Rosemary rode with Hal and together they exchanged informal information about each other. She learned he was studying to be a mortician and he talked in depth about what he was learning and how they get the deceased ready for funerals including dressing them in their best suits, dresses, shoes and nylons. Nylons? But, they are rationing nylons and women everywhere are using make up on their legs? Her wheels started turning.

At the end of the night, Hal asked Rosemary what it would take to go out on a date and Rosemary blurted out NYLONS!

And so, it started…after the family viewings and funerals, Hal would carefully remove the nylons from the deceased and squirrel them away for Rosemary. It was a dirty little secret no one knew – not even her mother – especially her mother.

Once Hal started getting serious, Rosemary knew it was time to cut it off. The charade had lasted long enough. It was time to say goodbye to Hal and her supply of nylons.

It was back to leg make up and eyebrow pencil.