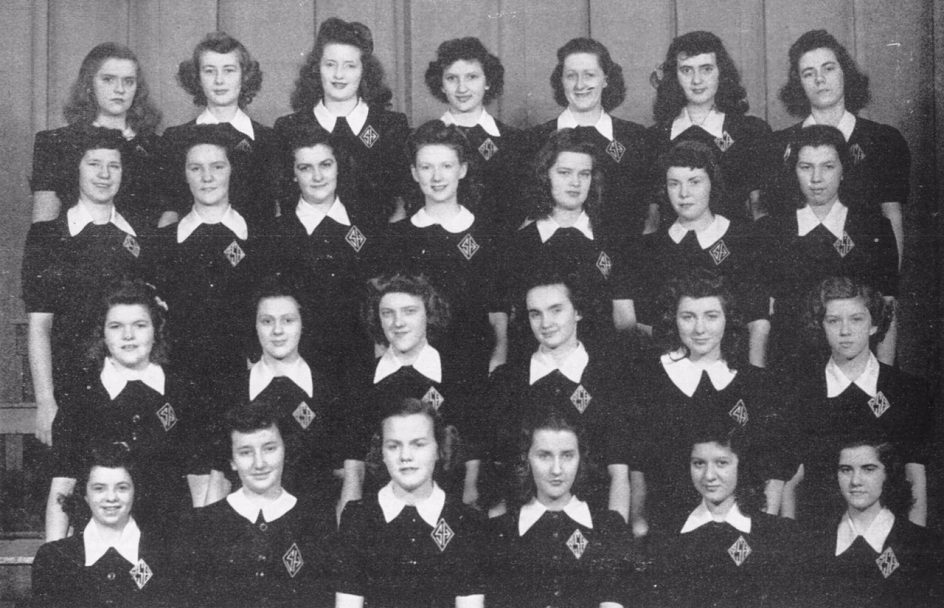 I have often wondered how my mother can recall so many stories from her childhood.  It’s like her mind is a wealth of Dewey decimal system file drawers – each drawer containing hundreds of cards – each with their own set of memories.

As her time on earth winds down, she is finding it more important to open those drawers and purge…. I must say, this last story was one to test my senses…

Rosemary went to an all-girls Catholic High School in Cleveland.  She said each student was issued one school uniform at the start of the year– a drab blue grey serge material dress.  They were also issued 3 white collars to wear over the uniform.  The starched clean white collar was like a façade to what laid underneath.

The drab blue serge dress school uniform was only washed once per year as required by the school.   Yes, once per year.  In a current world where we wash clothes after each wearing, can you imagine wearing a serge (wool like) dress for an entire 7 months without washing it?

I started asking about things like bathing… how often did people bathe?  She answered twice a week in a bath.  What about deodorant?  She said it was a paste in jar that you would put under your arms and then the twice a week bath would help remove the cracked and pungent paste.

The conversation was getting worse….

Before the conversation ended, she did add one tidbit with a twinkle in her eye.   She said “Well, we did get a little exercise at school when we would sneak over to the corner drug store at lunch, put money in the jukebox and dance together!”

My Mother, the smelly rebel….